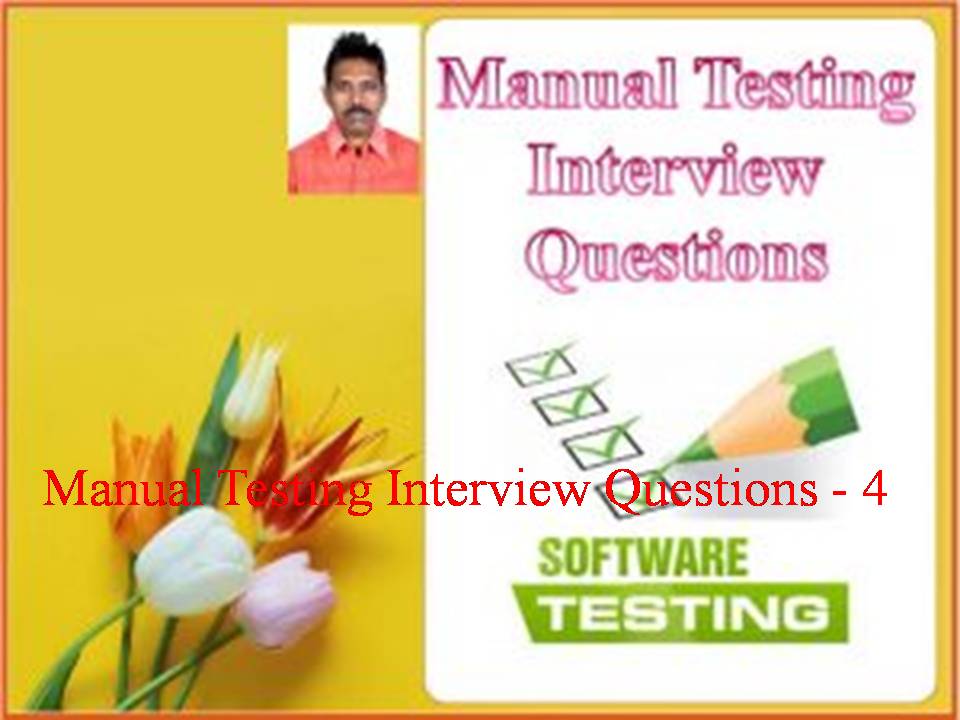 92. What is Static Analysis?

Analysis of a program carried out without executing the program.

93. What is Static Analyzer?

A tool that carries out static analysis.

94. What is Static Testing?

Analysis of a program carried out without executing the program.

95. What is Storage Testing?

Testing that verifies the program under test stores data files in the correct directories and that it reserves sufficient space to prevent unexpected termination resulting from lack of space. This is external storage as opposed to internal storage.

96. What is Stress Testing?

Testing conducted to evaluate a system or component at or beyond the limits of its specified requirements to determine the load under which it fails and how. Often this is performance testing using a very high level of simulated load.

97. What is Structural Testing?

Testing based on an analysis of internal workings and structure of a piece of software. See also White Box Testing.

98. What is System Testing?

Testing that attempts to discover defects that are properties of the entire system rather than of its individual components.

The degree to which a system or component facilitates the establishment of test criteria and the performance of tests to determine whether those criteria have been met.

The process of exercising software to verify that it satisfies specified requirements and to detect errors. The process of analyzing a software item to detect the differences between existing and required conditions (that is, bugs), and to evaluate the features of the software item (Ref. IEEE Std 829). The process of operating a system or component under specified conditions, observing or recording the results, and making an evaluation of some aspect of the system or component. What is Test Automation? It is the same as Automated Testing.

An execution environment configured for testing. May consist of specific hardware, OS, network topology, configuration of the product under test, other application or system software, etc. The Test Plan for a project should enumerated the test beds(s) to be used.

Test Case is a commonly used term for a specific test. This is usually the smallest unit of testing. A Test Case will consist of information such as requirements testing, test steps, verification steps, prerequisites, outputs, test environment, etc. A set of inputs, execution preconditions, and expected outcomes developed for a particular objective, such as to exercise a particular program path or to verify compliance with a specific requirement. Test Driven Development? Testing methodology associated with Agile Programming in which every chunk of code is covered by unit tests, which must all pass all the time, in an effort to eliminate unit-level and regression bugs during development. Practitioners of TDD write a lot of tests, i.e. an equal number of lines of test code to the size of the production code.

A program or test tool used to execute tests. Also known as a Test Harness.

104. What is Test Environment?

The hardware and software environment in which tests will be run, and any other software with which the software under test interacts when under test including stubs and test drivers.

Test-first design is one of the mandatory practices of Extreme Programming (XP).It requires that programmers do not write any production code until they have first written a unit test.

A program or test tool used to execute a tests. Also known as a Test Driver.

A document describing the scope, approach, resources, and schedule of intended testing activities. It identifies test items, the features to be tested, the testing tasks, who will do each task, and any risks requiring contingency planning.

A document providing detailed instructions for the execution of one or more test cases.

Commonly used to refer to the instructions for a particular test that will be carried out by an automated test tool.

110. What is Test Specification?

A document specifying the test approach for a software feature or combination or features and the inputs, predicted results and execution conditions for the associated tests.

A collection of tests used to validate the behavior of a product. The scope of a Test Suite varies from organization to organization. There may be several Test Suites for a particular product for example. In most cases however a Test Suite is a high level concept, grouping together hundreds or thousands of tests related by what they are intended to test.

Computer programs used in the testing of a system, a component of the system, or its documentation.

115. What is Total Quality Management?

A company commitment to develop a process that achieves high quality product and customer satisfaction.

116. What is Traceability Matrix?

A document showing the relationship between Test Requirements and Test Cases.

117. What is Usability Testing?