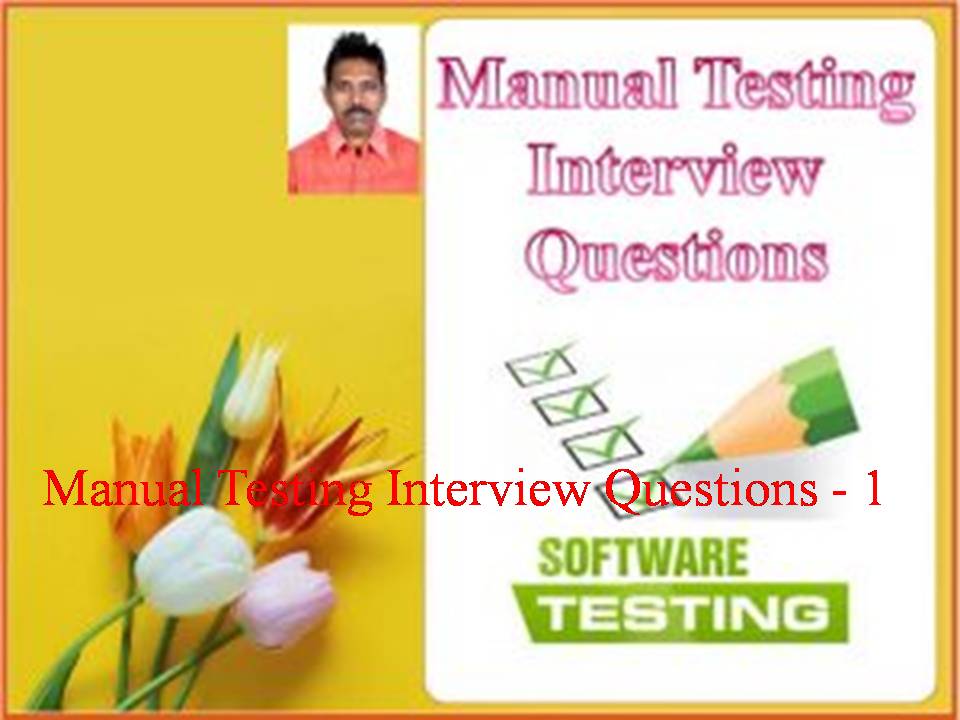 1. What is Acceptance Testing?

Testing conducted to enable a user/customer to determine whether to accept a software product. Normally performed to validate the software meets a set of agreed acceptance criteria.

2. What is Accessibility Testing?

Verifying a product is accessible to the people having disabilities (deaf, blind, mentally disabled etc.).

A testing phase where the tester tries to ‘break’ the system by randomly trying the system’s functionality. Can include negative testing as well. See also Monkey Testing.

4. What is Agile Testing?

5. What is Application Binary Interface (ABI)?

A specification defining requirements for portability of applications in binary forms across different system platforms and environments.

6. What is Application Programming Interface (API)?

A formalized set of software calls and routines that can be referenced by an application program in order to access supporting system or network services.

7. What is Automated Software Quality (ASQ)?

The use of software tools, such as automated testing tools, to improve software quality.

8. What is Automated Testing?

Testing employing software tools which execute tests without manual intervention. Can be applied in GUI, performance, API, etc. testing. The use of software to control the execution of tests, the comparison of actual outcomes to predicted outcomes, the setting up of test preconditions, and other test control and test reporting functions.

9. What is Backus-Naur Form?

A metalanguage used to formally describe the syntax of a language.

A sequence of one or more consecutive, executable statements containing no
branches.

11. What is Basis Path Testing?

A white box test case design technique that uses the algorithmic flow of the program to design tests.

The point at which some deliverable produced during the software engineering process is put under formal change control.

14. What you will do during the first day of job?

What would you like to do five years from now?

Testing of a rerelease of a software product conducted by customers.

16. What is Binary Portability Testing?

Testing an executable application for portability across system platforms and environments, usually for conformation to an ABI specification.

17. What is Black Box Testing?

Testing based on an analysis of the specification of a piece of software without reference to its internal workings. The goal is to test how well the component conforms to the published requirements for the component.

18. What is Bottom Up Testing?

An approach to integration testing where the lowest level components are tested first, then used to facilitate the testing of higher level components. The process is repeated until the component at the top of the hierarchy is tested.

19. What is Boundary Testing?

Test which focus on the boundary or limit conditions of the software being tested. (Some of these tests are stress tests).

20. What is Boundary Value Analysis?

BVA is similar to Equivalence Partitioning but focuses on “corner cases” or values that are usually out of range as defined by the specification. his means that if a function expects all values in range of negative 100 to positive 1000, test inputs would include negative 101 and positive 1001.

21. What is Branch Testing?

Testing in which all branches in the program source code are tested at least once.

22. What is Breadth Testing?

A test suite that exercises the full functionality of a product but does not test features in detail.

A test tool that records test input as it is sent to the software under test. The input cases stored can then be used to reproduce the test at a later time. Most commonly applied to GUI test tools.