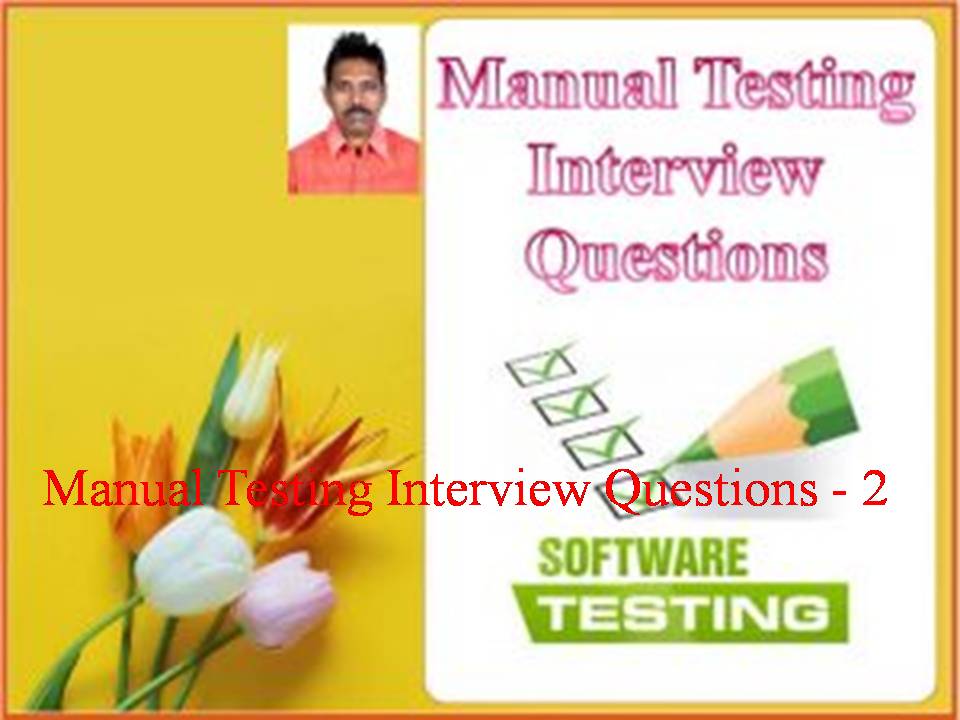 27. What is Cause Effect Graph?

A graphical representation of inputs and the associated outputs effects which can be used to design test cases.

Phase of development where functionality is implemented in entirety; bug fixes are all that are left. All functions found in the Functional Specifications have been implemented.

30. What is Code Inspection?

A formal testing technique where the programmer reviews source code with a
group who ask questions analyzing the program logic, analyzing the code with respect to a checklist of historically common programming errors, and analyzing its compliance with coding standards.

31. What is Code Walkthrough?

A formal testing technique where source code is traced by a group with a small set of test cases, while the state of program variables is manually monitored, to analyze the programmer’s logic and assumptions.

The generation of source code.

33. What is Compatibility Testing?

Testing whether software is compatible with other elements of a system with which it should operate, e.g. browsers, Operating Systems, or hardware.

A minimal software item for which a separate specification is available.

35. What is Component Testing?

36. What is Concurrency Testing?

Multi-user testing geared towards determining the effects of accessing the same application code, module or database records. Identifies and measures the level of locking, deadlocking and use of single-threaded code and locking semaphores.

37. What is Conformance Testing?

The process of testing that an implementation conforms to the specification on which it is based. Usually applied to testing conformance to a formal standard.

38. What is Context Driven Testing?

The context-driven school of software testing is flavor of Agile Testing that advocates continuous and creative evaluation of testing opportunities in light of the potential information revealed and the value of that information to the organization right now.

39. What is Conversion Testing?

Testing of programs or procedures used to convert data from existing systems for use in replacement systems.

40. What is Cyclomatic Complexity?

A measure of the logical complexity of an algorithm, used in white-box testing.

41. What is Data Dictionary?

A database that contains definitions of all data items defined during analysis.

42. What is Data Flow Diagram?

A modeling notation that represents a functional decomposition of a system.

43. What is Data Driven Testing?

Testing in which the action of a test case is parameterized by externally defined data values, maintained as a file or spreadsheet. A common technique in Automated Testing.

The process of finding and removing the causes of software failures.

46. What is Dependency Testing?

A test that exercises a feature of a product in full detail.

48. What is Dynamic Testing?

A device, computer program, or system that accepts the same inputs and produces the same outputs as a given system.

50. What is Endurance Testing?

52. What is Equivalence Class?

53. What is Equivalence Partitioning?

A test case design technique for a component in which test cases are designed to execute representatives from equivalence classes.

54. What is Exhaustive Testing?

Testing which covers all combinations of input values and preconditions for an element of the software under test.

55. What is Functional Decomposition?