i) Test Automation requires lot of efforts at initial stage.

(Generally we try to automate maximum Test cases, not all Test cases, for some Test human user observation is required.

Due to some Environment limitations we can’t automate all testable requirements.) 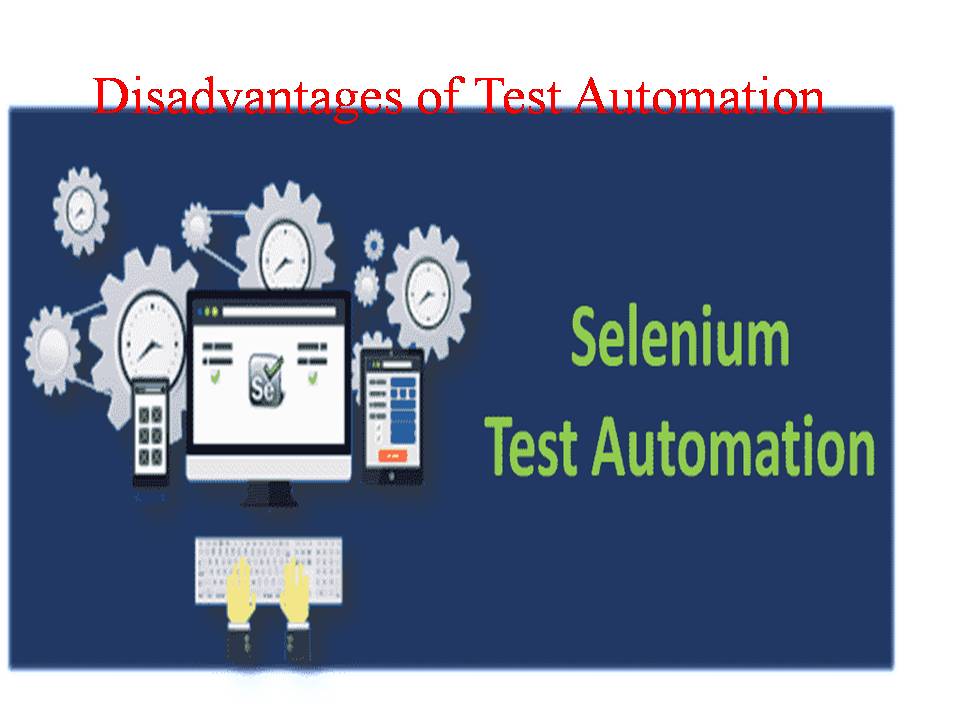 iii) All types of Testing not possible (Ex: Usability).

(We can automate Functionality tests, Performance Tests but not possible to automate tests that verify User friendliness of the System(AUT).

(We use programming syntax/logic to write Tests, some times locating errors in Test Script is difficult.)

v) Tools may have their own defects.

(Test tool also a Software, it may have its own defects in it, so that we may not achieve desired benefits).

(Every Test Tool uses any one of the Programming languages (Example UFT supports VBScript, Selenium supports Java, Perl, PHP, C#, PHP and Ruby) to write Test scripts. So in order to create and edit Test Scripts Programming knowledge is mandatory.

In Manual Testing, no programming knowledge is required.)

For Manual Testing no environment limitations, we can test computer software or mobile software on any operating system and any Browser.)

(Most of the Test Tools support Test automation based on front-end objects, if User Interface design changes dynamically then it is difficult to automate.)
————————————————————————-
Test Tool: A Software that used to automate Software Test process.

Test Tool is one software, Application Under Test (AUT) is another software.

Debugging: Locating and Isolating errors through step by step execution.