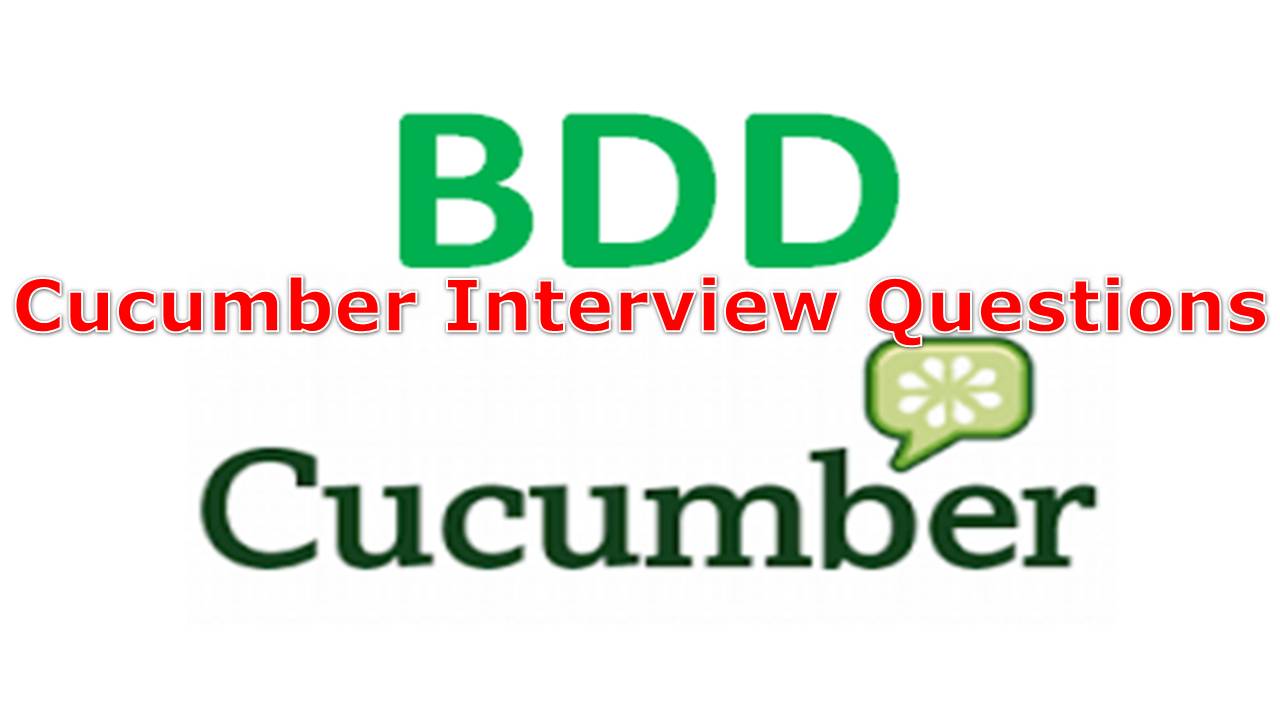 Cucumber is a Behavior Driven Development (BDD) tool. Cucumber is a tool that executes plain-text functional descriptions as automated tests. The language that Cucumber understands is called Gherkin.

In BDD, users (business analysts, product owners) first write scenarios or acceptance tests that describes the behavior of the system from the customer’s perspective, for review and sign-off by the product owners before developers write their codes.

2) What is Behavior Driven Development (BDD)?

BDD is a way for software teams to work that closes the gap between business people and technical people by:

> Working in rapid, small iterations to increase feedback and the flow of value

We assume that your team are using some kind of agile methodology already, planning work in small increments of value like User Stories. BDD does not replace your existing agile process, it enhances it.

3) What language is used by Cucumber?

Gherkin is the language that is used by the Cucumber tool. It is a simple English representation of the application behavior. Gherkin language uses several keywords to describe the behavior of application such as Feature, Scenario, Scenario Outline, Given, When, Then etc.

4) What are the features in Cucumber?

5) What are the different keywords used in feature file?

The different keywords used in the feature file are Feature, Background, Scenario, Scenario Outline, Given, When, Then and But. The keyword used to represent a feature in a feature file is Feature. The feature file should be mentioned with a brief description to ensure the best practice standards. A Feature is the Name of the feature that is under test, Description is about the feature under test, Scenario is about What the test scenario is, Given is Prerequisite before the test steps get executed, When is a specific condition that matches in order to execute the next step, Then is about What happens if the condition in WHEN is satisfied

6) What is the purpose of Scenario Outline in Cucumber?

Scenario outline is a way of parameterization of scenarios. This is ideally used when the same scenario needs to be executed for multiple sets of data, however, the test steps remain the same. Scenario Outline must be followed by the keyword ‘Examples’, which specify the set of values for each parameter.

7) What is a profile in Cucumber?

8) What are the major advantages of Cucumber framework?

> Cucumber is an open source tool.

> Plain Text representation makes it easier for non-technical users to understand the scenarios.

> It bridges the communication gap between various project stakeholders such as Business Analysts, Developers, and Quality Assurance personnel.

> Automation test cases developed using the Cucumber tool are easier to maintain and understand as well.

> Easy to integrate with other tools such as Selenium and Capybara.

Cucumber allows you to precede Feature and Scenario keywords with comments.

Comments will be denoted with #

10) What are the two files required to execute a Cucumber Test Scenario?

Two files required to execute a Cucumber test scenario are

11) What software do you need to run a Cucumber Web Test Cases?

i. Ruby and its Development Kit

v) Ansicon and rspec (if required)

12) Cucumber also works with the Browser Automation, How?

Cucumber tool works with browsers like Selenium and WATIR-WebDriver. Build in browser automation is not available in the Cucumber tool. It also works with another type of browser like the Active record by supporting their tests.

13) Differentiate between Jbehave and Cucumber?