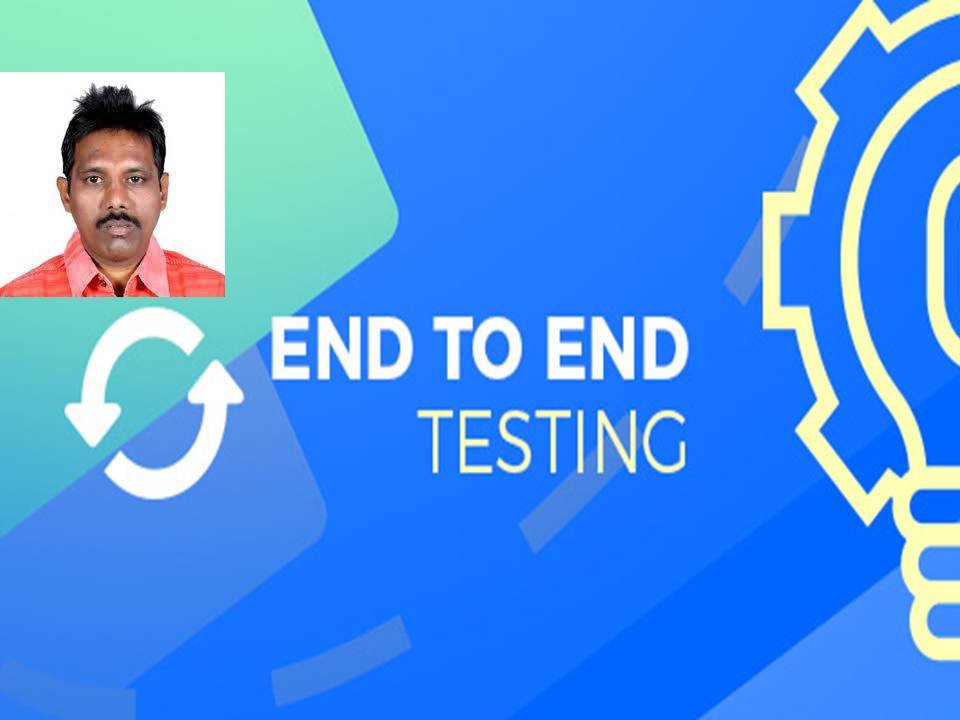 End-to-End Testing is a Software testing methodology to test an application flow from start to end. The purpose of this testing is to simulate the real user scenario and validate the system under test and its components for integration and data integrity.

End-to-End Testing is performed from start to finish under real-world scenarios like communication of the application with hardware, network, database and other applications.

2. Why is End to End Testing necessary?

Every application is connected to and integrated with multiple systems and databases outside its own environment. Needless to say, this makes the app’s workflow fairly complicated. E2E testing basically checks that the application works as expected at every level of integration – front-end to back end including all interfaces and endpoints.

3. Examples for End to End Testing

End to End Verification of a Gmail account will include the following steps:

Example 2: Login into your bank account and transfer some money to another account from some other bank (3rd party sub-system)

i. Login into the banking system
ii. Check for the balance amount in the account
iii. Transfer some amount from your account to some other bank account (3rd party sub-system)
iv. Check your latest account balance
v. Logout of the application

4. When to perform End To End Testing?

End To End Testing is executed /performed after the completion of System testing of any software system.

5. How to Perform End-to-End Testing?

Manual testing is mostly preferred for performing end to End testing as these form of testing involves testing of external interfaces also which can be very difficult to automate at times. And will make the whole process very complex.

Katalon Studio is built on top of the open-source automation frameworks Selenium, Appium with a specialized IDE interface for web, API, mobile and desktop application testing.

Note: The biggest challenge in this End to End testing is to have enough knowledge of the whole system as well as an interconnected sub-system.