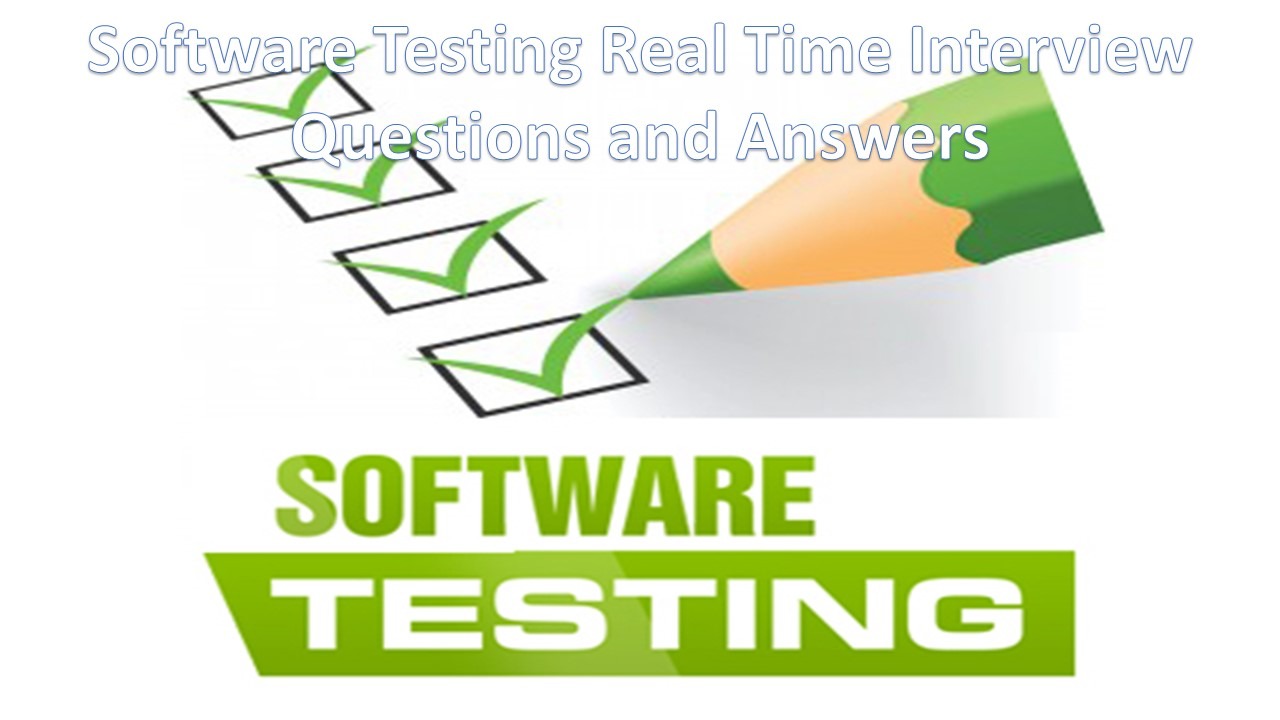 1. What are the key challenges of software testing that you faced in your career?

Following are some challenges of software testing that I faced in my career:

i) Unstable Application Under Test.

iii) Understanding and Analyzing the requirements.

ix) Lack of resources and training.

2. How you derived Test Cases?

That depends on project, sometimes we derived Test cases from requirements and sometimes from use cases.

3. How many Test cases did you write for last project?

4. How much time is required to write a Test case?

That depends on complexity of the functionality.

5. How many defects did you detect in your last project?

I executed nearly 150 Test cases, in which some 22 defects were raised including 3 showstoppers.

6. Did you face any problems during defect reporting and tracking?

7. Did you create RTM (Requirements Traceability Matrix) document in your project?

I only updated the RTM document.

8. Did you involve in Test Environment setup?

Yes, I involved in verifying Test Lab setup along with other team members.

9. Did you perform any Live testing?

Yes, In my current project we used live data for some test cases.

10. What is the difference between Front End Testing and Back End testing?

11. What is the difference between System Testing and Functional Testing?

System Testing is a Test Level

Functional Testing is a Test Type that can be performed in all levels of Testing (Unit Testing, Integration Testing, system Testing and Acceptance Testing).

12. What is the difference between Performance Testing and Load Testing?

13. What are the Test types that you performed in your Software Testing career?

14. What are the Test deliverables?

What documentation we produce during testing all come under Test deliverables.

15. Did you involve in Test plan documentation?

Yes, I involved in Test plan documentation in the last project, identified Features to be Tested, Entry criteria, Exit criteria.

16. What is Exhaustive Testing?

Exhaustive Testing – testing with all possible inputs and pre-conditions and it is impractical, so we use Test design techniques to reduce the size of Input and Output domains.

18. What are the important tasks in Test Planning phase?

19. What are important tasks in the Test Design phase?

20. What are the Test design techniques that you used?

21. How you communicate with Developers to resolve issues?

That depends on Company and sometimes depends on Project, in my current project I am communicating with Developers via our Test Lead.

Storing and Organizing all configurable items is called Configuration Management, It is not only for Testing Team but also for all Stakeholders of the Project.

It is very important for the Development than Testing Team, I used VSS Tool for Configuration Management in my last project.

What Software & Hardware we use and What Documents (Test Plan, Test Cases, defect Reports, Test Summary Report etc…) we produce during Testing all are come under Configurable items.

24. When we choose Informal Testing?

25. What are the important Test Types that can be applied for Web Applications?

Test Types that applied for Web Applications are,

26. Do You have experience in Database Testing?

27. Have you written a Test Strategy?

I know what is a Test strategy and its purpose but I never got a chance to write a Test Strategy document.

28. What is a Test Strategy and what does it include?

It is a document that captures the approach on how we go about testing the product and achieve the goals. It is normally derived from the Business Requirement Specification (BRS). Documents like Test Plan are prepared by keeping this document as a base.

29. Have you written Test Plan?

Yes, I wrote the Test plan for my current project.

30. What are the various tools you have used in the Testing process?

The tools which I have used during the testing process are as follows.