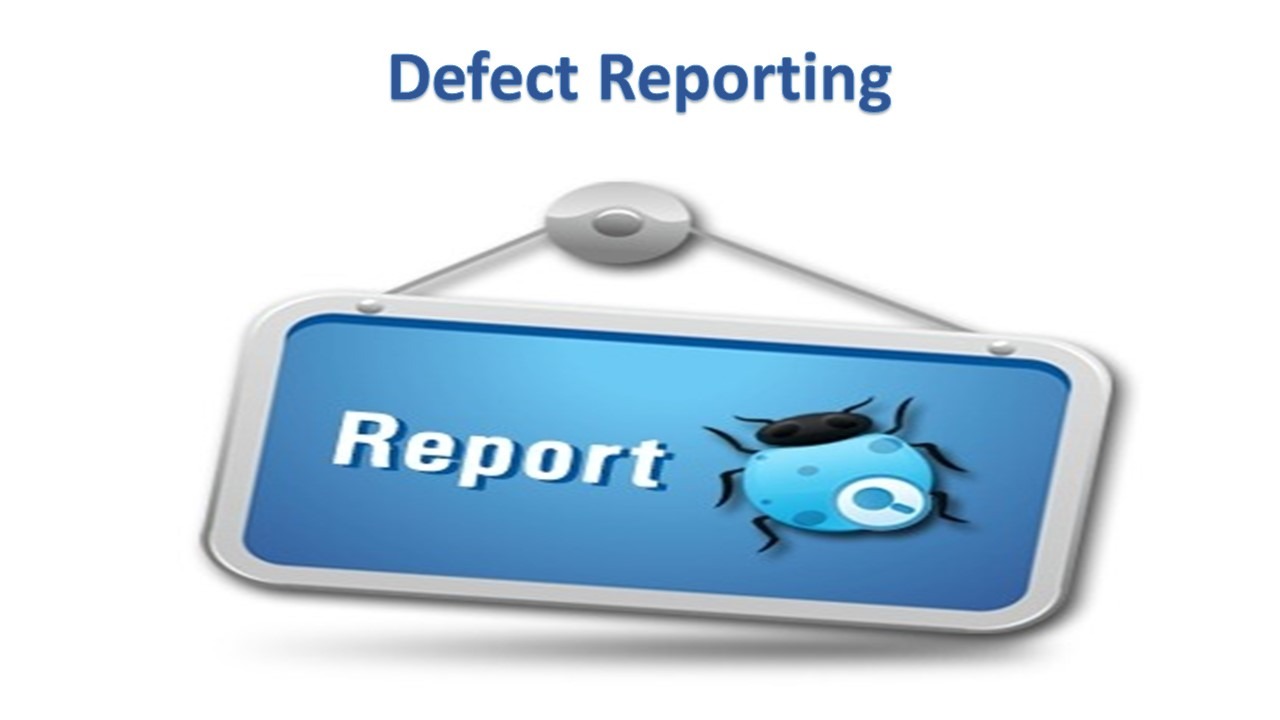 1) Defect ID: Unique No or Name

2) Description: Summary of the defect

6) If Yes, attach the test procedure:

7) If No, attach snapshot & strong reasons:

12) Reported on: Date of submission

13) Assign to: Name of the responsible person in development team -> PM

15) Suggested fix (Optional): Tester tries to produce a suggestion to solve this defect

18) Resolved on: Date of solving By Developers

19) Resolution type: check out in next page

Defect Age: The time gap between “reported on” & “resolved on”

New: When a new defect is logged and posted for the first time. It is assigned a status as NEW.

Assigned: Once the bug is posted by the tester, the lead of the tester approves the bug and assigns the bug to the developer team

Open: The developer starts analyzing and works on the defect fix

Fixed: When a developer makes a necessary code change and verifies the change, he or she can make bug status as “Fixed.”

Pending retest: Once the defect is fixed the developer gives a particular code for retesting the code to the tester. Since the software testing remains pending from the testers end, the status assigned is “pending retest.”

Retest: The tester does the retesting of the code at this stage to check whether the defect is fixed by the developer or not and changes the status to “Re-test.”

Verified: The tester re-tests the bug after it got fixed by the developer. If there is no bug detected in the software, then the bug is fixed and the status assigned is “verified.”

Reopen: If the bug persists even after the developer has fixed the bug, the tester changes the status to “reopened”. Once again the bug goes through the life cycle.

Closed: If the bug is no longer exists then tester assigns the status “Closed.”

Duplicate: If the defect is repeated twice or the defect corresponds to the same concept of the bug, the status is changed to “duplicate.”

Rejected: If the developer feels the defect is not a genuine defect then it changes the defect to “rejected.”

Deferred: If the present bug is not of a prime priority and if it is expected to get fixed in the next release, then status “Deferred” is assigned to such bugs

Not a bug: If it does not affect the functionality of the application then the status assigned to a bug is “Not a bug”.

After receiving defect report from Testers, developers review the defect & send the resolution type to Tester as a reply