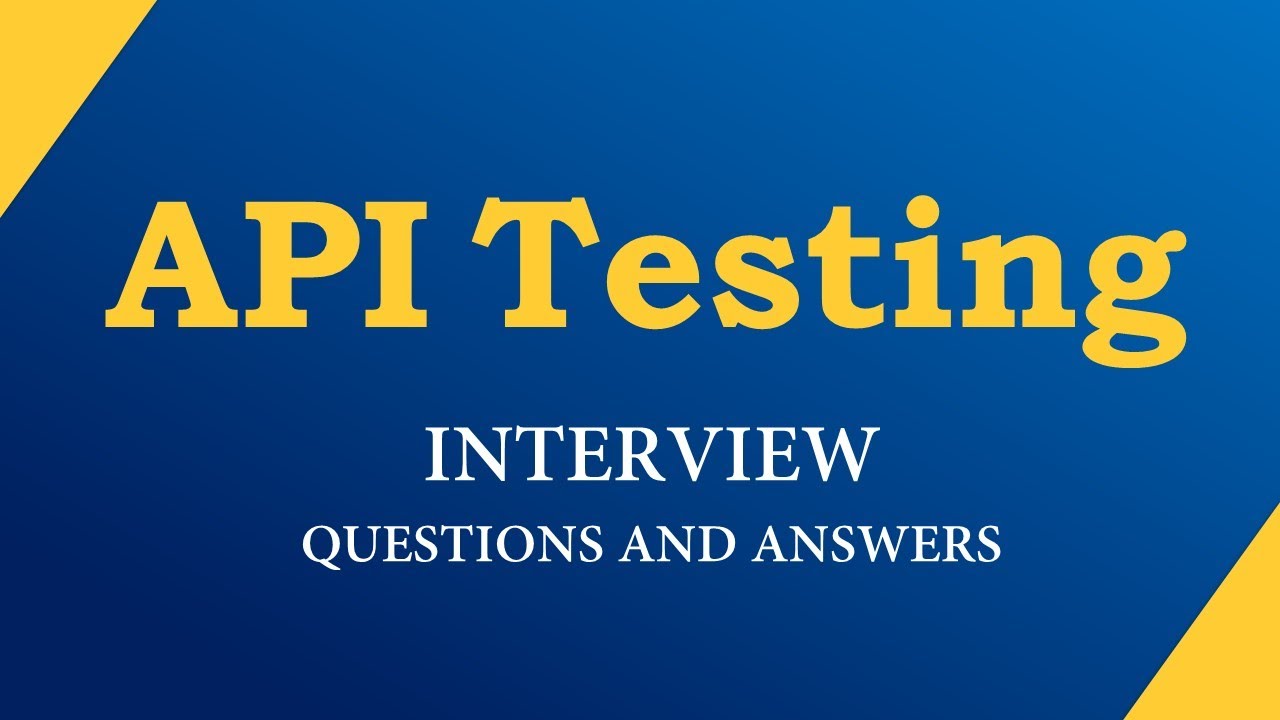 1. What are Web Services?

Web services are web components that transfer data between client and server. The client sends a web request to the server and the server then responds to the client. The response and request are related and different requests evoke the corresponding response.

REpresentational State Transfer (REST) is an architectural style that defines a set of constraints to be used for creating web services. REST API is a way of accessing web services in a simple and flexible way without having any processing.

WSDL stands for Web Service Description Language and is a document written in XML. It uses XML to define the service layer document which consists of the origin of the web service, headers, port types, and request and response data. This one can provide information about web methods and web services.

4. What is the primary challenge when testing Web Services?

The majority of the functional testing is carried out via the GUI; the biggest challenge of Web Services is that they do not have a UI.

5. What are the communication channels available for Web Services?

In general, web service is combined with the following protocols. They are, HTTP / POST
HTTP / GET SOAP

While exposing the web services, these channels will be used for communication with the clients. Here HTTP / POST protocol transfers the information between the clients with secure mode. HTTP / GET protocol allows the clients to view transferred data partially at the browser’s address bar. SOAP is used for transferring confidential data safely.

6. What are the different components that can be used in Web Services?

There are four components are used in web services. They are,

7. What are the tools used for testing Web Services?

To perform functional testing for web services, we can use the following tools. SoapUI
RESTClient – This is a Firefox plug-in

JMeter – Specially made it for performance testing tool and also we can do functional testing the web services.

8. What is the role of the WSDL document in Web Service testing?

Universal Description, Discovery, and Integration- a directory or global repository where all the web services can be found. A new Webservice can also be registered through this. This is also the place where WSDL detailed definitions are found.

Simple Object Access protocol that uses XML to interact with web applications. It uses XML-based content to communicate between two client machines across any network.

11. What would be the message format of the SOAP protocol?

Generally, all the SOAP-based web services are written by using XML language which uses standard message format that is accepted across the universe. In this format, it is easy to read, identify the errors, avoids interoperability problems etc.

12. What are the advantages of SOAP?

Since its XML based, it is platform and programming language independent. RPC (Remote procedure calls) are sometimes blocked by firewalls and proxy servers- Soap overcomes that.

13. What does a SOAP document contain?

Envelope element is the top most tag which identifies the XML document as a SOAP message. Followed by Envelope element, you see the header element that has header information. The Body element specifies the call and response information. Finally, you have a Fault element which contains errors and status information.

14. What is meant by Protocols and what are the major types are used in Web Services?

A protocol is a set of standard rules that helps to communicate the hardware devices through the software applications. There are different types of protocols used in the Internet and Intranet applications.
They are:

TCP which stands for Transmission Control Protocol. It has the rules to exchange the messages between two different Internet applications.

Internet Protocol uses the rules for sending and receiving the information between two different Internet addresses.

Similarly, HTTP, FTP and DHCP protocols are used the set of rules to transfer the data other than Internet applications.

XML (eXtensible Markup Language) is a mark-up language that is used for storing, sharing and formatting data. In general, an XML document is built by the tags. For more info and examples

SOAPUI supports all the standard protocols and technologies to test all kinds of API’s.

SOAPUI interface is simple that enables both technical and non-technical users to use seamlessly.

Mock services are a great way of getting testing early into the picture of a service- oriented project. Once the WSDL of the web service is ready, you can simulate the service implementation and start testing the consumer applications.

18. What is Property Transfer Step in SoapUI?

19. How many kind of Assertions we have in SoapUI Tool?

20. What hierarchy SoapUI follows to build a proper testing project?

In a SoapUI project, the following order should be maintained.

TestSuite – This is combination of functional tests and logical blocks

Testcase – Its a group that contains several test steps for the specific aspects of the service.

Teststep – it contains the set of functional tests.

21. What is the basic method to automate Web Services in SoapUI?

22. What are SoapUI Assertions?

Assertions compare the parts/all of the response message to the expected outcome.

23. What are the major types of assertions available in SoapUI?

24. Explain about XPath Assertion in SoapUI

In SoapUI, XPath assertion is used for asserting the web service response value by specifying the absolute path. If the absolute path is matched with the response value, then the test case or test suite will be considered as PASS otherwise it will be notified as FAILED. We can see the results of assertion at bottom of the screen where the Assertion tab will have resultant information.

25. What is Data Driven Testing?

26. What are the different types of assertions used in SoapUI?

The following are the different types of assertions:

27. How can assertions be added in SoapUI?

Receive a response to a request as you normally would follow the below steps:
Create a project, add WSDL
Add Test suite, Test case and Test steps
Run the request
To add assertions:
Click on the Add Assertions at the top of log tabs.
Configure the assertions as per the type and data required.

28. What is Groovy script and where can it be used?

29. Can custom code be added to SoapUI? If yes, what can be added?

The basic Test suite is a way for us to group tests in SoapUI. When you need a different set of tests, you just have to create a new test suite and create tests as required under it as test cases.