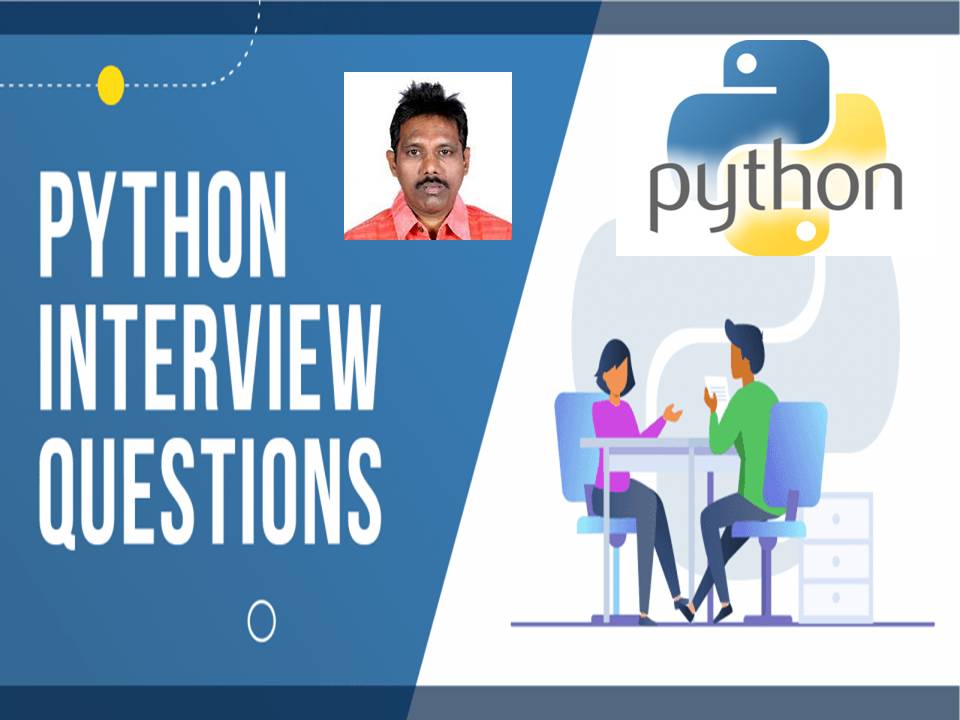 Python Interview Questions for Fresher, What is Python?, Features of Python, Implementations, and Syntax Rules of Python Programming Language.

Python was created by Guido van Rossum in 1991 and further developed by the Python Software Foundation. Python’s official website is (python.org).

PIP is the standard package manager for Python. It allows us to install and manage additional packages that are not part of Python.

Python is technically a scripting language, but in a general sense, it is considered as a general-purpose programming language.

Key features of Python language are:

Python language is freely available at the official web address (python.org). The source code is also available, therefore it is open source.

Python supports object-oriented language and concepts of classes and objects that come into existence.

Easy to Learn and Use:

Python is easy to learn and use. It is a developer-friendly and high-level programming language.

Python can run equally on different platforms such as Windows, Linux, Unix, and Macintosh, etc. So, we can say that Python is a portable language.

It can be easily integrated with languages like C, C++, JAVA, etc.

Note: Python has so many other features also there, but here I mentioned key features only.

Python is called an interpreted language because it goes through an interpreter, which turns code you write into the language understood by your computer’s processor.

PEP 8 is Python’s style guide. It’s a set of rules for how to format your Python code to maximize its readability.

PEP-8 (Python Enhancement Proposal) presents some of the key points that you can use to make your code more organized and readable.

PYTHONPATH is an environment variable that is used when a module is imported. For most installations, you should not set these variables since they are not needed for Python to run. Python knows where to find its standard library. You can also select the Path option while Python installation.

You need to have Python Environment to write & execute/run Python programs,

Python is an object-oriented programming language and it also supports procedural programming.

Python allows us to develop applications using an Object-Oriented approach. In Python, we can easily create and use classes and objects.

A local variable is limited to the function where it is defined.

No explicit declaration of Data types in Python, you can store any type of value to a variable, Python considers the data type based on the usage of data, and we can get the data type of any object by using the type() function.

Collections in python are basically container data types, namely lists, sets, tuples, and dictionaries. They have different characteristics based on the declaration and the usage.

Python user input from the keyboard can be read using the input() built-in function.

Python programs get structured through indentation, i.e. code blocks are defined by their indentation.

29. Abstraction and Encapsulation in Python