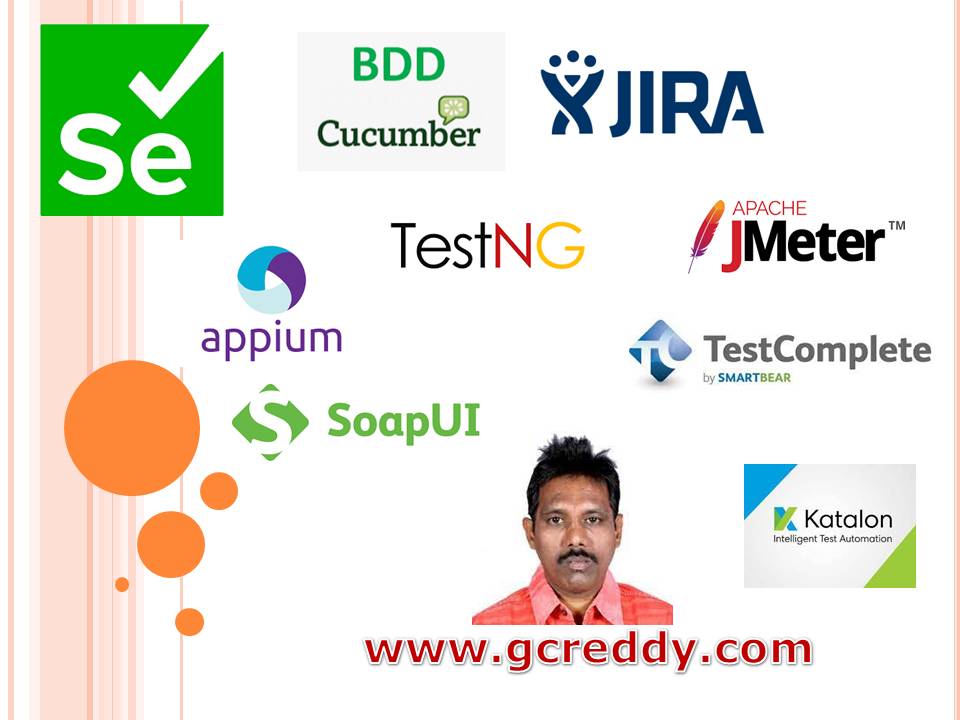 Software testing can be done in two ways,

We have several types of automated testing,

Selenium WebDriver is an Open source test tool and it is used for Functional & Regression Testing of Web Applications.

TestNG is a testing framework inspired from JUnit and NUnit but introducing some new functionalities that make it more powerful and easier to use.

Initially it was developed for Unit Testing of Java software applications, now it is used for all levels of Testing, and TestNG Testing Framework can be used as “Test Runner” in Selenium Test Environment.

Cucumber is a Behavior Driven Development tool used to develop test cases for the behavior of software’s functionality. It plays a supporting role in automated testing.

Cucumber tool plays a vital role in the development of acceptance test cases for automation testing. It is mainly used to write acceptance tests for web applications as per the behavior of their functionalities.

Appium is an open source test automation tool for use with native, hybrid and mobile web apps. It drives iOS, Android, and Windows apps using the WebDriver protocol.

Automation tests in Appium can be run on mobile devices, simulators, and emulators.

Apache JMeter is an open source, 100% Java based application with a graphical user interface. It is designed to analyse and measure the performance and load functional behavior of web application and variety of services.

SoapUI is the popular open-source testing tool. It is the most widely used automation tool for testing web services and web APIs of SOAP and REST interfaces.

Jira is an Incident Management Tool. It is used for Project Management, Bug Tracking, Issue Tracking, and Workflow.

Jira was written in Java, It was initially released in 2002 by Atlassian that allows bug tracking and agile project management.

CrossBrowser testing is the most famous licensed tool. It supports various operating systems, a large number of multiple browsers, mobile browsers, and their versions. The additional feature includes the automated screenshot, localhost support, and so on.

Katalon Studio is an automation testing software tool developed by Katalon, Inc. The software is built on top of the open-source automation frameworks Selenium, Appium with a specialized IDE interface for web, API, mobile and desktop application testing.