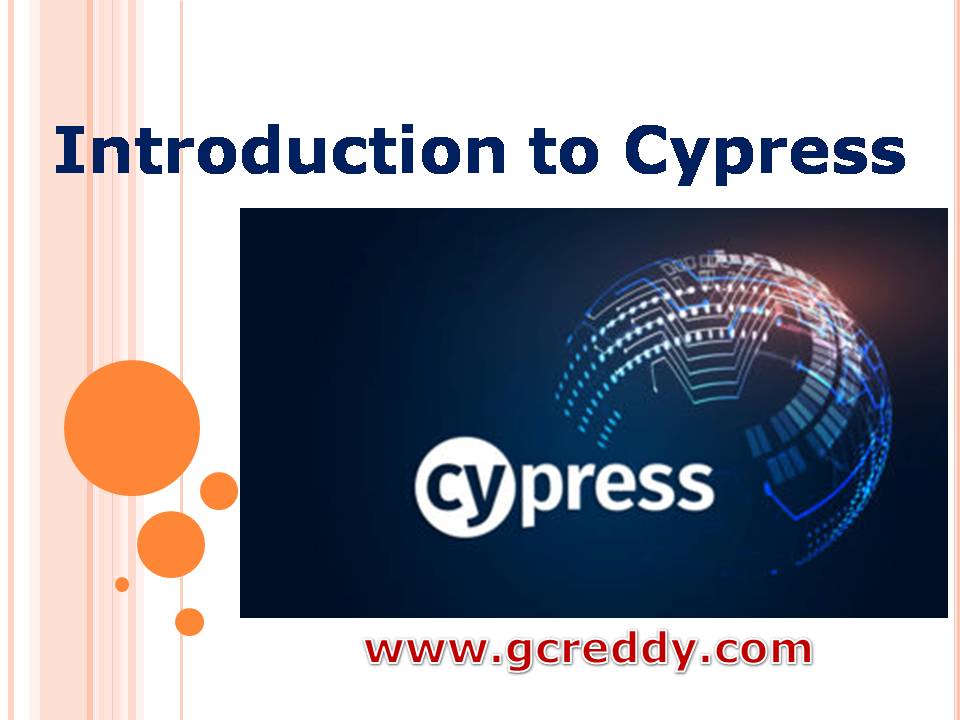 Cypress is a JavaScript-based front-end testing tool, which is written in Node Js. Cypress executes tests within the browser and makes the testing process easier and more reliable.

Cypress is similar to Selenium WebDriver that lets you easily write powerful and flexible tests for your web applications. It enables advanced testing options for both unit tests and integration tests.

Cypress can test anything that run on a web browser, it uses JavaScript to write tests but 90% of it’s coding can be done using Cypress inbuilt commands, which are easy to understand.

We can also use TypeScript with Cyprus to write tests, however, it is primarily written in JavaScript.

Cyprus does not use Selenium, you may have seen a lot of UI web browser automation tools that use Selenium at the back end, but that is not the case with Cyprus.

Cypress can interact with the browser directly. So it is very fast. We have a Cypress dashboard and test runner.

Note: If you’re using npm to install Cypress, it supports:

When Cypress is initially launched, you can choose to test your application using number of browsers including:

How is Cypress different from Selenium?

Cypress and Selenium are test automation tools used for functional testing of web applications by automating browser actions. Selenium has been a widely-used tool for years, whereas Cypress is a recently introduced tool in the test community.

How to Install Cypress?

One needs to have Node.js preinstalled in their systems as Cypress is a Node-based application. Node.js is a JavaScript runtime environment.

How to Install Cypress?

There are two ways to install Cypress:

To install Cypress using the npm (Node package manager) navigate to the project directory and execute the following command:

Once done, run the command below to install Cypress.

The command above installs Cypress locally as a dev dependency for the particular project.

How to use Cypress:

What are the Advantages of Cypress?

There are multiple unique factors, which makes Cypress one of the quickly adaptable choices for web automation. A few of them are: