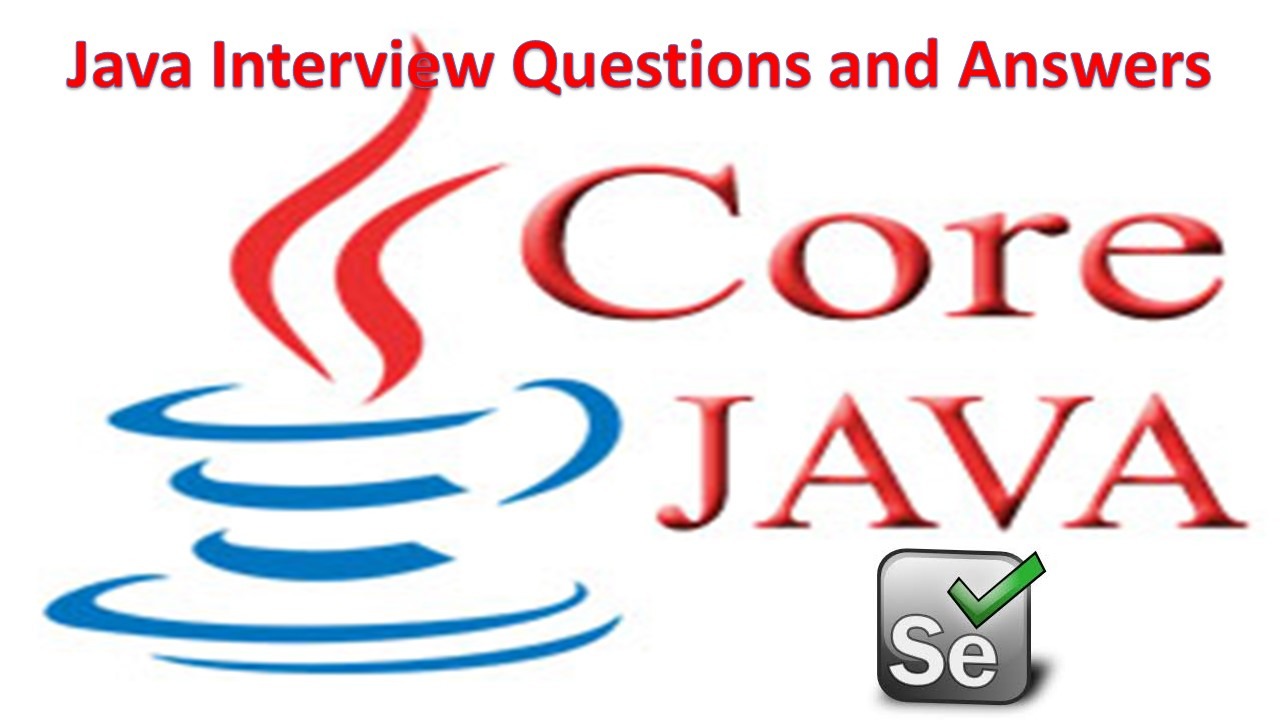 JVM is Java Virtual Machine which is a run time environment for the compiled java class files.

3. What is the most important feature of Java?

Java is a platform independent language.

4. What is difference between Path and Classpath?

Path and Classpath are operating system level environment variables. Path is used define where the system can find the executables(.exe) files and classpath is used to specify the location .class files.

5. What are instance variables?

6. What is a pointer and does Java support pointers?

Pointer is a reference handle to a memory location. Improper handling of pointers leads to memory leaks and reliability issues hence Java doesn’t support the usage of pointers.

7. What is the return type of the main() method?

8. What are local variables?

Yes. You can have any number of main() methods with different method signature and implementation in the class.

12. What is the base class of all classes?

13. What do you mean by platform independence?

Platform independence means that we can write and compile the java code in one platform (eg Windows) and can execute the class in any other supported platform eg (Linux,Solaris,etc).

In Java, Arrays are objects.

15. What is the difference between a JDK and a JVM?

JDK is Java Development Kit which is for development purpose and it includes execution environment also. But JVM is purely a run time environment and hence you will not be able to compile your source files using a JVM.

16. Does the order of public and static declaration matter in main() method?

No. It doesn’t matter but void should always come before main().

17. What is the impact of declaring a method as final?

A method declared as final can’t be overridden. A sub-class can’t have the same method signature with a different implementation.

18. Can a class be declared as protected?

19. How to define a constant variable in Java?

The variable should be declared as static and final. So only one copy of the variable exists for all instances of the class and the value can’t be changed also.
static final int PI = 2.14; is an example for constant.

20. Which package is imported by default?

java.lang package is imported by default even without a package declaration.

main() method accepts an array of String object as argument.

22. Can a source file contain more than one class declaration?

Yes a single source file can contain any number of Class declarations but only one of the class can be declared as public.

23. What is the access scope of a protected method?

A protected method can be accessed by the classes within the same package or by the sub classes of the class in any package.

24. Can a class declared as private be accessed outside it’s package?

25. Why is the main() method declared static?

main() method is called by the JVM even before the instantiation of the class hence it is declared as static.

26. What is the purpose of declaring a variable as final?

Package is a collection of related classes and interfaces. package declaration should be first statement in a java class.

Yes. Any inheriting class will not be able to have it’s own default main() method.

29. I don’t want my class to be inherited by any other class. What should i do?

30. Should a main() method be compulsorily declared in all java classes?

No not required. main() method should be defined only if the source class is a java application.

31. When will you define a method as static?

When a method needs to be accessed even before the creation of the object of the class then we should declare the method as static.

32. What is the importance of static variable?

static variables are class level variables where all objects of the class refer to the same variable. If one object changes the value then the change gets reflected in all the objects.

33. How is final different from finally and finalize()?

final is a modifier which can be applied to a class or a method or a variable. final class can’t be inherited,final method can’t be overridden and final variable can’t be changed.

finally is an exception handling code section which gets executed whether an exception is raised or not by the try block code segment.
finalize() is a method of Object class which will be executed by the JVM just before garbage collecting object to give a final chance for resource releasing activity.

34. I want to print “Hello” even before main() is executed. How will you achieve that?

35. Can we declare a static variable inside a method?

Static variables are class level variables and they can’t be declared inside a method. If declared, the class will not compile.

36. Can a abstract class be defined without any abstract methods?

Yes it’s possible. This is basically to avoid instance creation of the class.

37. Can you give few examples of final classes defined in Java API?

38. Can a abstract class be declared final?

Not possible. An abstract class without being inherited is of no use and hence will result in compile time error.

39. Can you create an object of an abstract class?

40. What are the restriction imposed on a static method or a static block of code?

A static method should not refer to instance variables without creating an instance and cannot use “this” operator to refer the instance.

41. Can a Class extend more than one Class?

Not possible. A Class can extend only one class but can implement any number of Interfaces.

43. Can a class be defined inside an Interface?

44. Can an Interface extend another Interface?

45. What is use of a abstract variable?

46. Can an Interface be defined inside a class?

47. What is an Abstract Class and what is it’s purpose?

48. Can an Interface be final?

Not possible. Doing so so will result in compilation error.

49. Can an Interface implement another Interface?

50. Why does Java not support operator overloading?