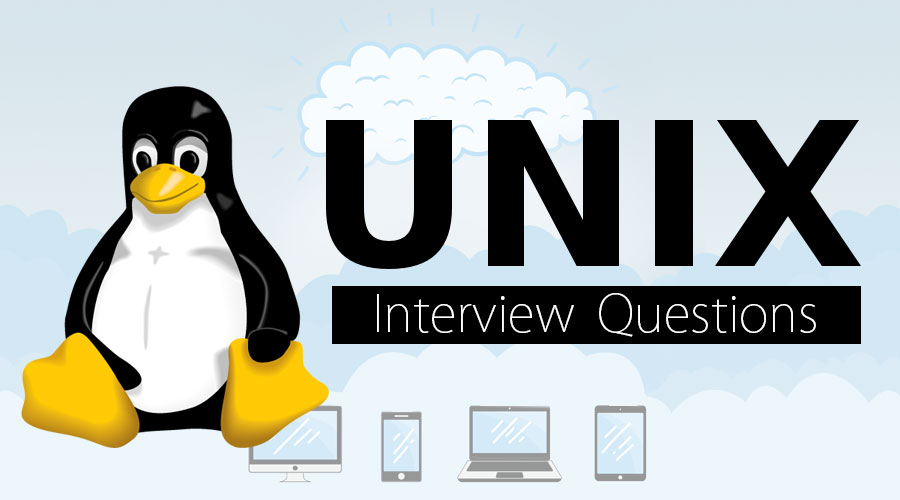 UNIX was earlier known to be UNICS, which stands for UNiplexed Information Computing System..

UNIX is a popular operating system, first got released in 1969. UNIX is a multi-tasking, powerful, multi-user, a virtual OS which could be implemented on a variety of platforms(Eg. Desktops, Laptops, Servers, and mobile devices, etc.).

2. What are the three important components of UNIX?

i. Kernel:
The Kernel is responsible for allocating time and memory to programs. It also handles file storage and communication while responding to the system calls.

ii. Shell:
It acts as an interface between the kernel and the user. The user has to go under the authentication check before entering into the shell.

iii. Program:
It can be said that everything inside UNIX is either a file or a program. A process is a program under execution having unique PID(program Identifier), used to identify it.

3. What are the different types of UNIX?

There are many different versions of UNIX, although they share common similarities. The most popular varieties of UNIX are Sun Solaris, GNU/Linux, IBM – AIX, HP UNIX, BSD and MacOS X.

A personal computer which possesses an operating system designed to operate by only one user at a given time is known as a single-user system. Single user system becomes more popular since low-cost hardware and availability of a wide range of software to perform different tasks.

The following are a few features of UNIX;

The program which serves as an interface between the user and the system called a shell. It is the layer of programming that understands and executes the commands a user enters. In some systems, it’s also called a command interpreter.

7. What is the role of kernel?

It interacts with hardware and most of the tasks like memory management, task scheduling and file management.

FIFO are otherwise called as ‘named pipes’. FIFO (first-in-first-out) is a special file which is said to be data transient. Once data is read from named pipe, it cannot be read again. Also, data can be read only in the order written. It is used in interprocess communication where a process writes to one end of the pipe (producer) and the other reads from the other end (consumer).

9. Describe a link in UNIX?

Link is used to assigning more than one name to a file. It is like a pointer to a file and one file can have multiple pointers. There are two types of link

Hard link- These hard-linked files are assigned to the same inode value as the original and thus reference the same physical location of the file. Also if the file is moved to a different directory the link will still work

Symbolic link- A soft link is similar to the file shortcut feature and it contains a separate inode than the original one. If the original file is moved then the link might not work, but it can reference across the different file systems.

10. What is meant by the term Super User?

The Super User is a user with access to all files and commands within the system. In general, this superuser login is to access root and it is secured with the root password.

A filter is a program that takes input from standard inputs and performs some operation on that input to produce a result as standard output.

12. What is necessary before running a shell script from the terminal?

You must make the shell script executable by using the UNIX “chmod” command.

Every file is assigned to a directory. A directory is a specialized form of a file that maintains a list of all files in it.