Python is a case sensitive programming language, difference is there between upper case and lower characters and Python reserved words are in lowercase characters. But you can use Upper case or Lower case for user defined identifiers.

1) Modes of Programming in Python

Interactive mode provides us with a quick way of running blocks or a single line of Python code.

The code executes via the Python shell, which comes with Python installation. Interactive mode is handy when you just want to execute basic Python commands or you are new to Python programming.

Install Python Software in your computer, launch Python Shell and To run your Python statements(just type them and hit the enter key).

a) Helpful when your script is extremely short and you want immediate results.

b) Good for beginners who need to understand Python basics.

a) Editing the code in interactive mode is hard as you have to move back to the previous commands or else you have to rewrite the whole command again.

b) It’s very tedious to run long pieces of code.

> If you need to write a long piece of Python code or your Python script spans multiple files, interactive mode is not recommended. Script mode is the way to go in such cases. In script mode, You write your code in a text file then save it with a .py extension which stands for “Python”.

Note that you can use any text editor for this, If you are in the standard Python shell, you can click “File Menu” then choose “New” to open a blank script in which you can write your code, You can save the file after writing a program.

After writing your code, you can run it by clicking “Run” then “Run Module” or simply press F5.

a) It is easy to run large pieces of code.

b) Editing your script is easier in script mode.

b) Good for both beginners and experts.

a) It can be tedious when you need to run only a single or a few lines of cod.

b) You must create and save a file before executing your code.

> In script mode, a file must be created and saved before executing the code to get results. In interactive mode, the result is returned immediately after pressing the enter key.

> In script mode, you are provided with a direct way of editing your code. This is not possible in interactive mode.

A Python identifier is a name used to identify a variable, function, class, module or other object. An identifier starts with a letter A to Z or a to z or an underscore (_)

Reserved words (also called keywords) are defined with predefined meaning and syntax in the language. These keywords have to be used to develop programming instructions. Reserved words can’t be used as identifiers for other programming elements like name of variable, function etc.

and – A logical operator

as – To create an alias

break – To break out of a loop

class – To define a class

continue – To continue to the next iteration of a loop

def – To define a function

del – To delete an object

elif – Used in conditional statements, same as else if

else – Used in conditional statements

except – Used with exceptions, what to do when an exception occurs

finally – Used with exceptions, a block of code that will be executed no matter if there is an exception or not

for – To create a for loop

from – To import specific parts of a module

global – To declare a global variable

if – To make a conditional statement

import – To import a module

in – To check if a value is present in a list, tuple, etc.

is – To test if two variables are equal

lambda – To create an anonymous function

None – Represents a null value

nonlocal – To declare a non-local variable

not – A logical operator

or – A logical operator

pass – A null statement, a statement that will do nothing

raise – To raise an exception

return – To exit a function and return a value

try – To make a try…except statement

while – To create a while loop

with – Used to simplify exception handling

yield – To end a function, returns a generator

A Python program is divided into a number of logical lines and every logical line is terminated by the token NEWLINE.

Python uses indentation to indicate a block of code.

A hash sign (#) that is not inside a string literal begins a comment. All characters after the # and up to the end of the physical line are part of the comment and the Python interpreter ignores them.

Note: You can type a comment on the same line after a statement.

Python accepts single (‘), double (“) and triple (”’ or “””) quotes to denote string literals, as long as the same type of quote starts and ends the string.

The triple quotes are used to span the string across multiple lines. 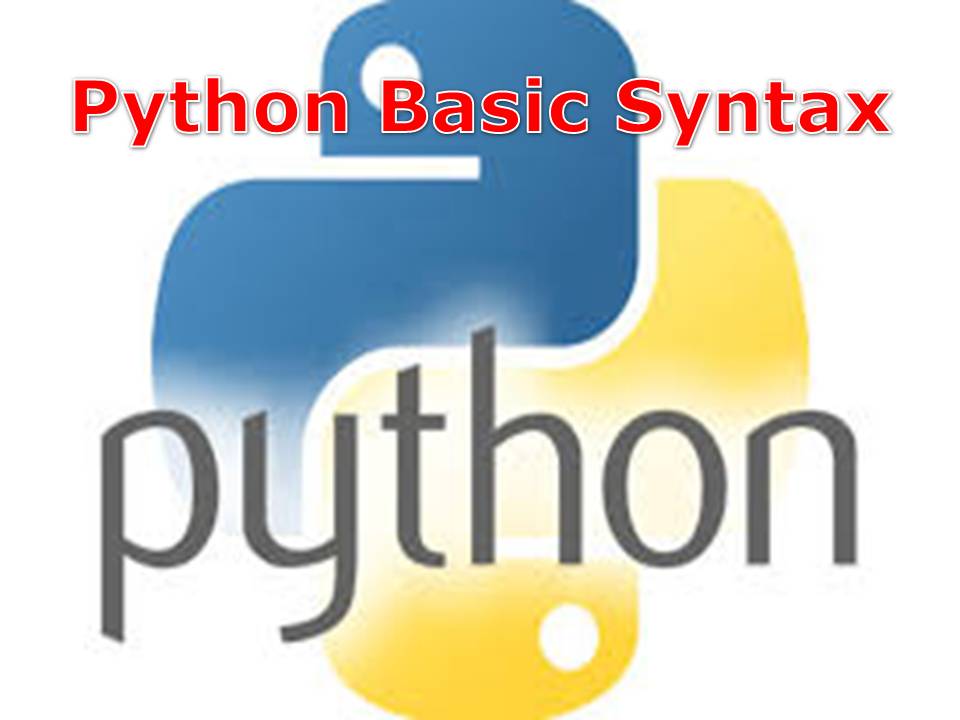